Aranislandssweaters.com is owned by me, Rosemary Faherty and my husband Andrew.  My family have lived on Inismór Aran Islands for eight generations.  I can trace my ancestry back to the late eighteen century (1796)  My ancestors have lived in the harsh conditions of the island.

The island’s geology consists of karst limestone that brought about a bare limestone landscape creating a lack of soil or farming land, furthermore the Aran Islands been geographically positioned off the west coast of Ireland is exposed to some of the most extreme sea and weather conditions in western Europe. The first coastline to be battered by the Atlantic storms coming across 3,000 miles of open sea. From this bleak outlook, the islanders persisted with the harsh conditions and eventually succeeded to the point where they became self sufficient.

Through the passage of time my ancestors became accomplished at :-  Stone masonry, basket weaving, stone carving (grave stones and Celtic crosses),  crios weaving, dressmaking, wool spinning and knitting of the Aran sweater.  The art of knitting was passed down through the generations from my great grandmother, grandmother, mother, to me.

I have fond memories of seeing and participating as a child in the process of washing, brushing and spinning of the wool before seeing new combinations of stitches being created, each one being very distinctive and unique to each knitter.  Nothing written but knit from imagination and memory.  I am so fortuitous to have inherited this skill of Aran knitting and to be able to have it in my life. 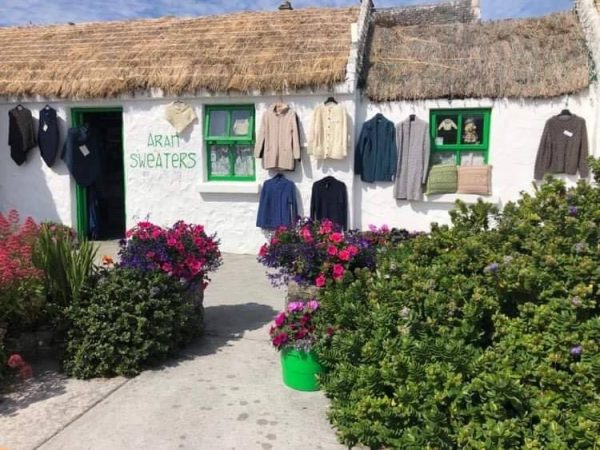 Andrew and i opened our shop in Kilmurvey village at the base of Dun Aengus fort in 1994.  The shop is a traditional thatched roof cottage in keeping with the island  heritage.

The shop in Irish language is called “An Tuirne” meaning “The Spinning Wheel”.  I have the spinning wheel displayed in the shop that my great grand mother used for spinning her wool. 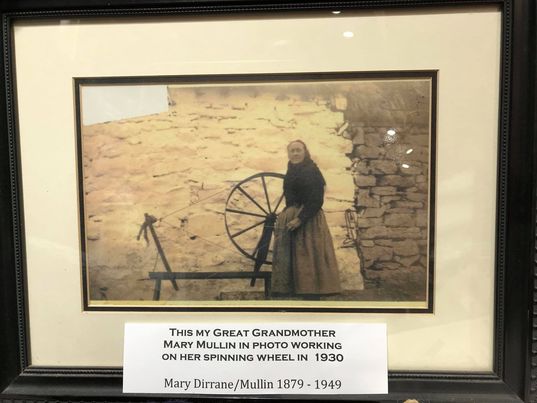 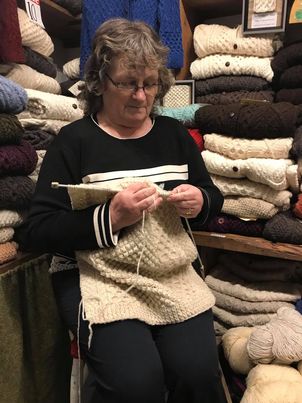 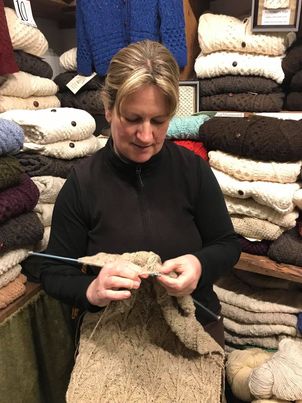 Next year will be the 25th. anniversary of our shop opening.  My reputation for quality Aran sweaters and knitwear, hand-knitted and loomed has spread to all parts of the world.  I will continue to create a legacy for the future generations with the quality, beauty and ornate knitwear of the Aran Islands. 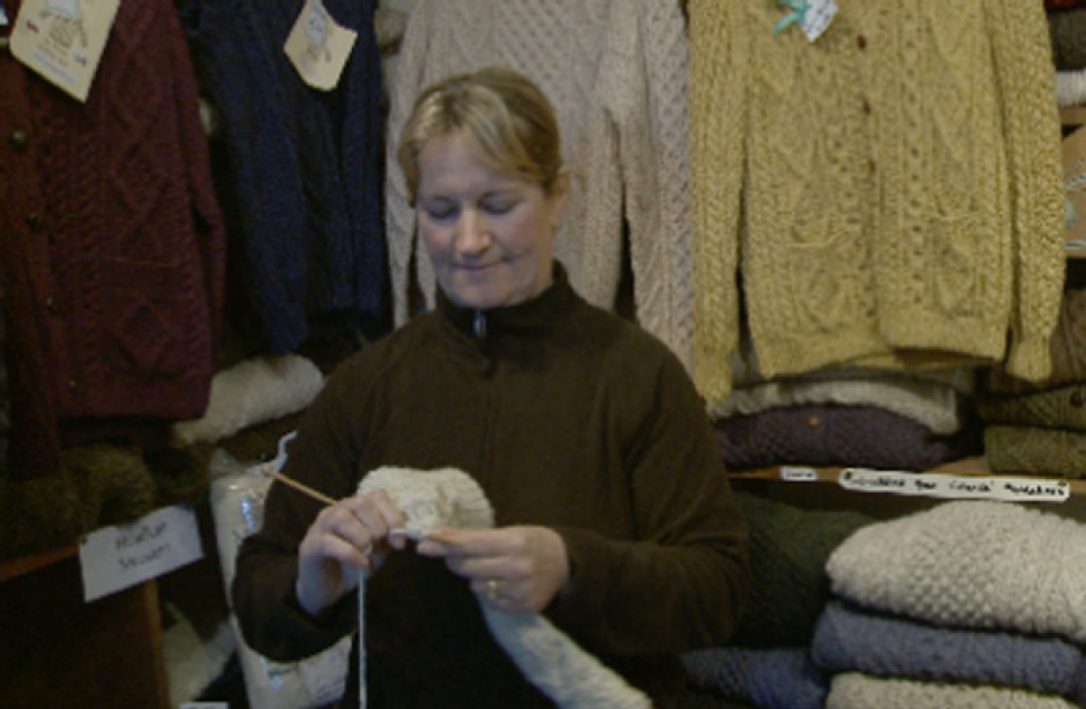 ABOUT THE ARAN ISLANDS

Dun Aonghasa built 1100-1000 BC is one of the most spectacularly sited Irish monuments.  Situated on a 300 foot cliff over looking the Atlantic ocean.  Dun Aonghasa is one of seven stone forts or dúns on the Aran Islands, our shop “An Tuirne” is located at the base of Dun Aonghasa in the village of Kilmurvey.

A distinct aspect of the landscape of the Aran Islands are the vast amount of dry stone walls (made of limestone) built on the islands.  Visitors to the islands also wonder why the fields are so small.  The rule of primogeniture in which the eldest child inherits the land was never recognised in Ireland.  The farm therefore was divided between all of his children and after a few generations the farm was reduced to garden size patches.

Images of my grand father Peter Mullin’s (Petereen a bheagach) stone walls around his home. Displayed  in a gallery in America. His walls are photographed by thousands of visitors to the Island as the walls were so distinctive by his meticulous attention to detail  – tall, straight, strong,compact and the fact that he was visually impaired all his life just added to his great workmanship and craft.

Thatch made of rye-straw with stone pegs set into the wall beneath the eaves.  The thatch is secured with ropes horizontally and vertically intertwined and knotted tightly onto the pegs. 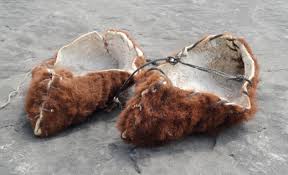 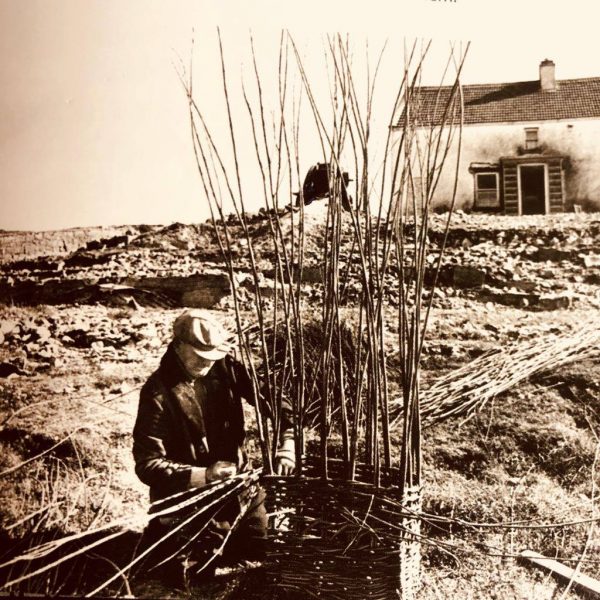 Made from sallie rods or willow, essential for use on the Islands.  A variety of baskets were made, donkey creel for the donkeys back (one of the many uses transporting seaweed from the seashore to be used on the ridges of potatoes as a natural fertiliser in the small fields).  Storage baskets for the potatoes and also used for storing turf brought in from the mainland by pucáns (small sail boats made and crafted in Connemara and Galway), as the Islands were without a source of fuel.  The creel basket was made for Islanders to fill with produce and carry over their shoulders.  Small baskets for the dinner table to hold the potatoes, fish etc.. were also crafted. 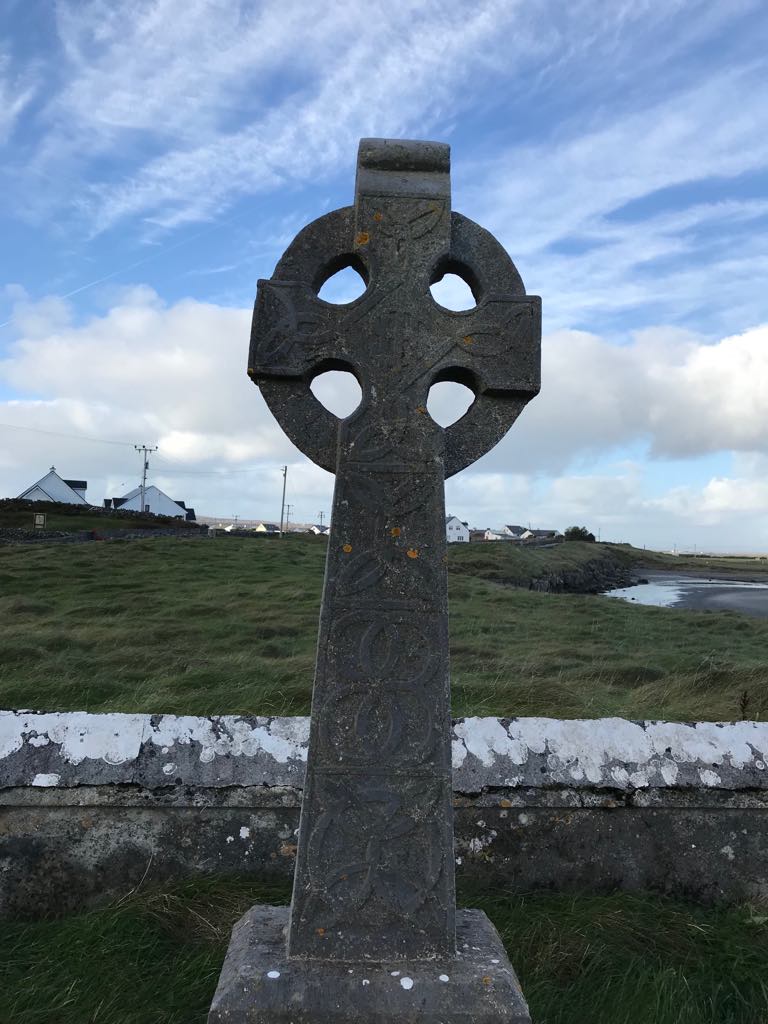 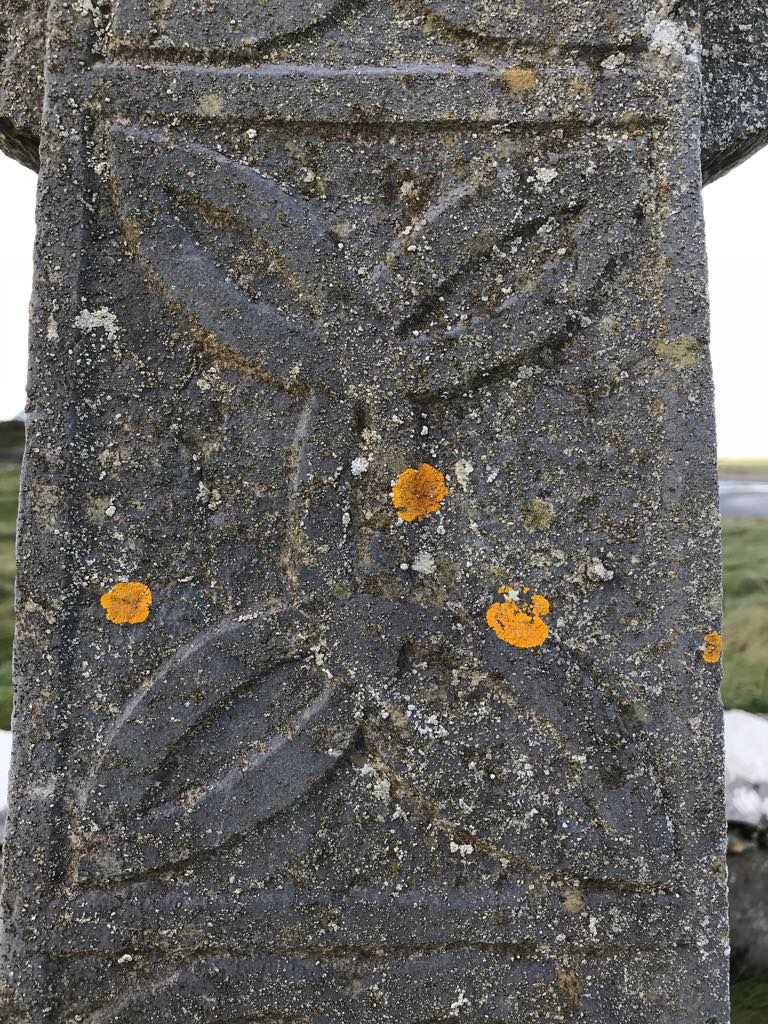 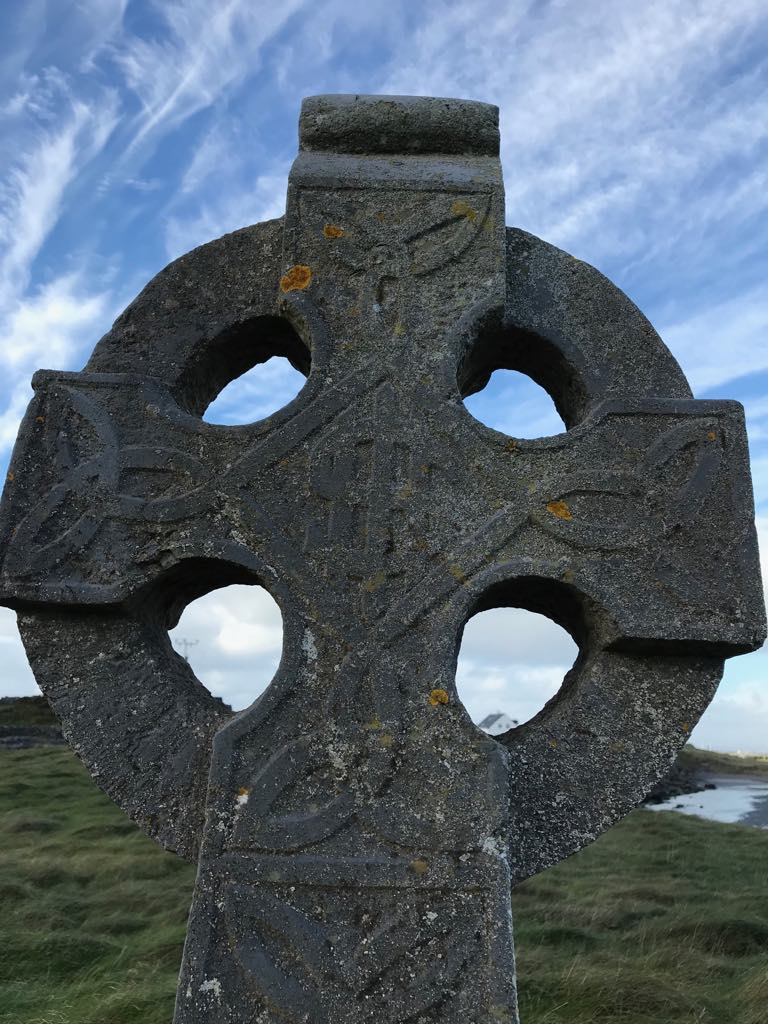 Examples of my grandfather’s headstones carved by hand

By continuing to browse the site you are agreeing to our use of cookies.